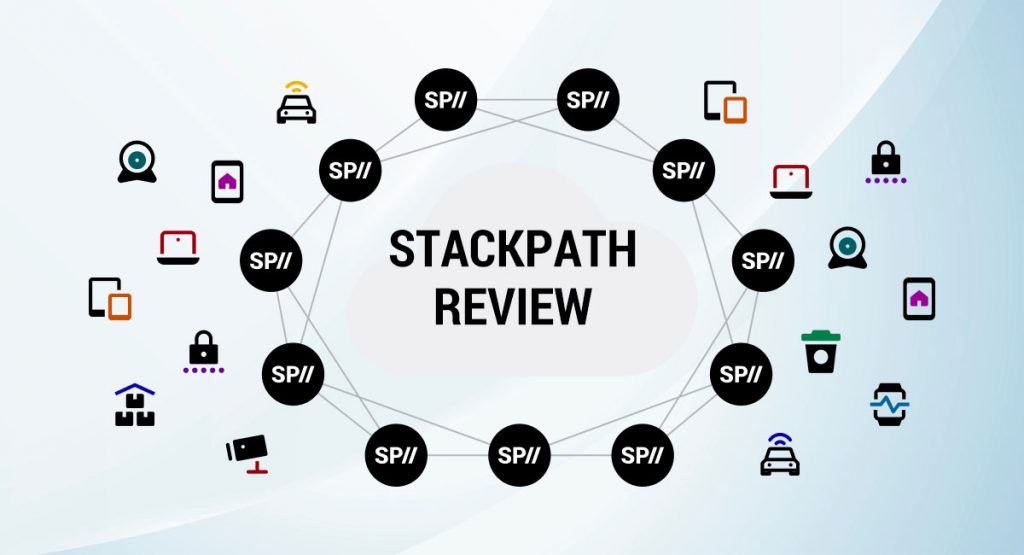 StackPath is one of the newest entrants into a fast growing market in content distribution networks (CDN). How fast growing? From US$7.5 billion in 2017 to US$30.9 billion in 2022 or over 30% per year. This explains part of why the company has been able to gain $180 million in quick funding. Another part would be that the company is founded by the extremely successful Lance Crosby.

Stackpath was founded back in 2015 but in January 2018 reached a $200 million annual revenue rate. Growth has been quick in part because of five acquisitions between April 2016 and February 2018. The acquisitions covered established businesses in security, virtual private networking (VPN) and CDN where they’ve been able to bring existing customers across.

Although they haven’t completely integrated the businesses yet, they continue to make ongoing progress towards a single platform.

Where StackPath excels is their attractive pricing structure, especially given they are a CDN with integrated security features. They use a flat subscription base with gradual uplifts on usage. Unlike many alternatives, this pricing doesn’t vary with the location making the per GB rates extremely competitive. These rates are particularly attractive for websites which may serve customers outside the US. Below are the different packages but refer to the features to see their standard features. 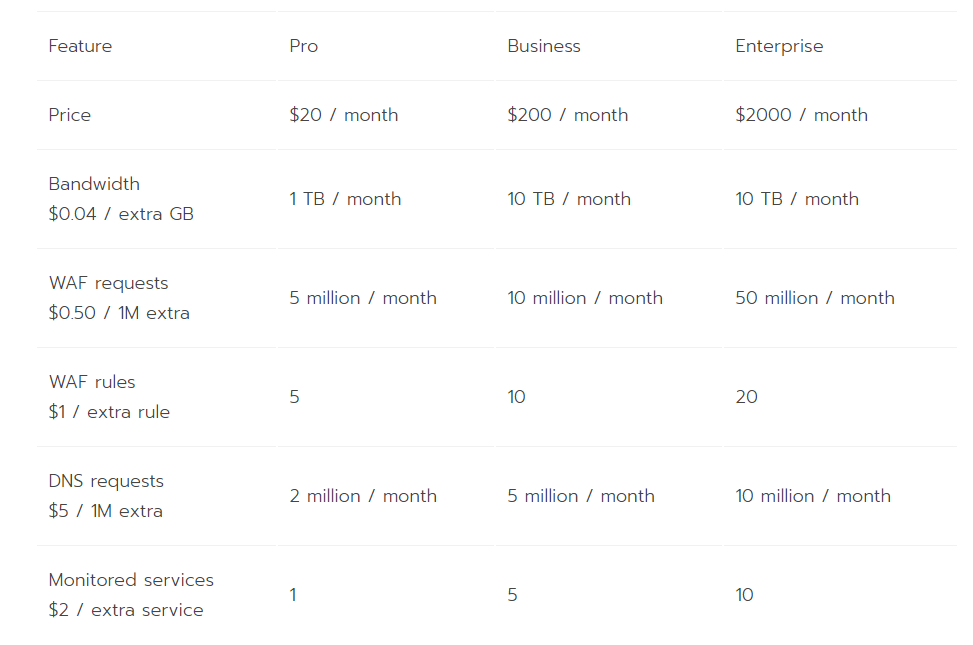 Their additional DNS costs are the only element on the high side, the rest are extremely competitive. If you need an alternative DNS, DNS Made Easy performs extremely well at lower prices and with additional features. For a free alternative Cloudflare is excellent.

There are two other notes that make their plans particularly attractive. First, unlike many other security services, they allow support for multiple websites. People will say so what, I only have one but at their prices the flexibility is attractive. Perhaps you’ll just use it for a test website.

Firstly, lets start with the positive. Unlike many services there’s no variation in basic features with price. The only difference with price is capacity. All the basic features like WAF functionality, analytics, SSL support are consistent across the board. This is a refreshing change given that most competitors restrict the offering based on price. This means a startup can have the same protection as a large enterprise, which when it comes to security is the way it should be.

Furthermore, as seen in the map below, their CDN covers 45 locations around the world. While this isn’t the breadth of Cloudflare or some competitors, it is broad enough that they have good coverage of critical western countries. They could do more in areas such as China, India, Russia and the Middle East, however.

StackPath provides a competitive group of features including:

While most of the features are excellent, there are a few technologies they don’t yet support that are notable. Note the following is not a complete list, just those I noticed.

Thankfully one nice thing about StackPath is that it is very easy to provide feedback. There is also a public list of planned features that have been requested, which include Brotli.

Setup and ease of use

Sadly, the one area where StackPath has significant work still to do is in the ease of use. From the initial setup to general usage, there is a lot of work to do.

For larger businesses and companies with IT staff, the solution is excellent. However, the solution will take some education if IT skills are scarce. For instance, in the web application firewall (WAF), settings have no tooltips or help. People familiar with technology will understand, but this can make it easy to make errors during the setup that may block legitimate website traffic.

Secondly, compared to the checkbox system of some competitors, there’s a lot of opportunity in the interface. While StackPath have made significant improvements in the new portal, there is significant opportunity to simplify still.

One benefit in their system is the levels of intervention. It doesn’t need to be a simple block or allow. Instead, you can monitor, CAPTCHA or carry out an extended validation.

Their solution is functional but not user friendly. Even as an engineer I find it disappointing. Perhaps it wouldn’t be as bad if their support documentation was excellent, but sadly even that is a bit lacking.

Thankfully there is one area which is very easy to use, the reporting and logging screens are good. Firstly, you are able to see traffic by location, but in addition to this you can see caching percentages and also your top 50 files. While there will be no surprise in the files for the top 50, it does show you an area to focus your optimisation.

Finally, their logging is very good. My only comment would be there is an opportunity to simplify the click through into the details but this is a minor gripe. Overall, the reporting ease is excellent.

This is the trickier part of the test. The performance will depend on a number of factors so I’m reluctant to give single values, even load times are highly dependent on web page design. Instead I will give a few key observations based on comparisons to other providers.

When I compared 5 locations to another CDN, StackPath was faster for Australia (significantly although this was the hosting location) and Europe, but very marginally slower into North America and Asia, which I believe was primarily due to lack of Brotli support. Ultimately, I found the performance good enough that this would not be the deciding factor for me.

I find StackPath an incredibly interesting offering. As the operator of multiple websites, I find the value for money extremely attractive. Developers who sell security options for client sites they maintain may want to consider StackPath for that reason alone given the strong feature set.

However, I was disappointed in the lack of support for newer technologies. While StackPath isn’t as simple as Cloudflare or Sucuri, they are making significant improvements to their platform.

If you aren’t sure which provider, try our comparison article of Sucuri, Cloudflare and StackPath first.