EFTELING. For a theme park goer around the world, the name “Efteling” is not an unfamiliar name. In the industry, Efteling is known as a theme park in a village in Netherlands with immersive theming so impressive that it inspired a theme park that is now known as Disneyland in Anaheim, CA. At least that is the rumor that I heard. The truth, well, I still have no idea…

Why is Efteling so good?

So just how impressive is this theme park in Netherlands? I had the great chance of visiting Efteling back in February and here are a few of my thoughts:

It did not take too long before I realised that almost all rides at Efteling have their own story lines. Once guests enter the queue lines for rides – especially the roller coasters – they are immediately delved deep into the world of the characters involved in the story.

Take for example the Bolliger & Mabillard‘s Diver Machine, Baron 1898, which Efteling went ape-crazy in developing the storyline for. Whereas in other parts of the world a Diver Machine is typically created in the sense of “bigger, faster, and longer,” – America, take not of this – Efteling decided to chill and instead focus on making the most immersive and most detailed roller coaster of its kind. 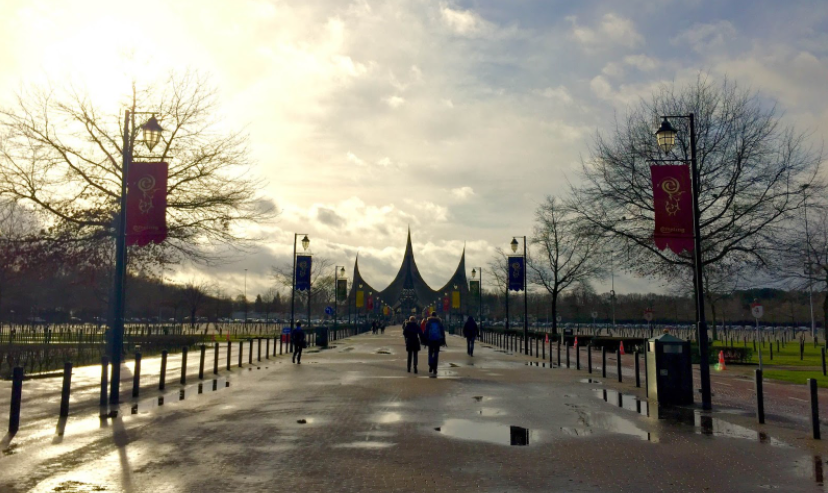 So what kind of storytelling would involve 18 people being thrown straight down into the underground? In the year 1898, a Baron in a small town is in needs of people to dig his mine. As a return, participants (that’s us!) will be rewarded very nicely. Unfortunately, things go wrong, of course. The mine is protected by its own guardian spirit that does not like their place being disrupted by greedy Baron. So there you go… being thrown down into the deep underground.

This is a no-brainer. But when it comes to theming, Efteling does a phenomenal job in immersing the guests into a fantasy world. From the landscaping of the gardens to the appropriately pathed sections of the park, the theming is one of the best I’ve ever seen in any theme parks around the world (yes, even compared to Disney theme parks!). 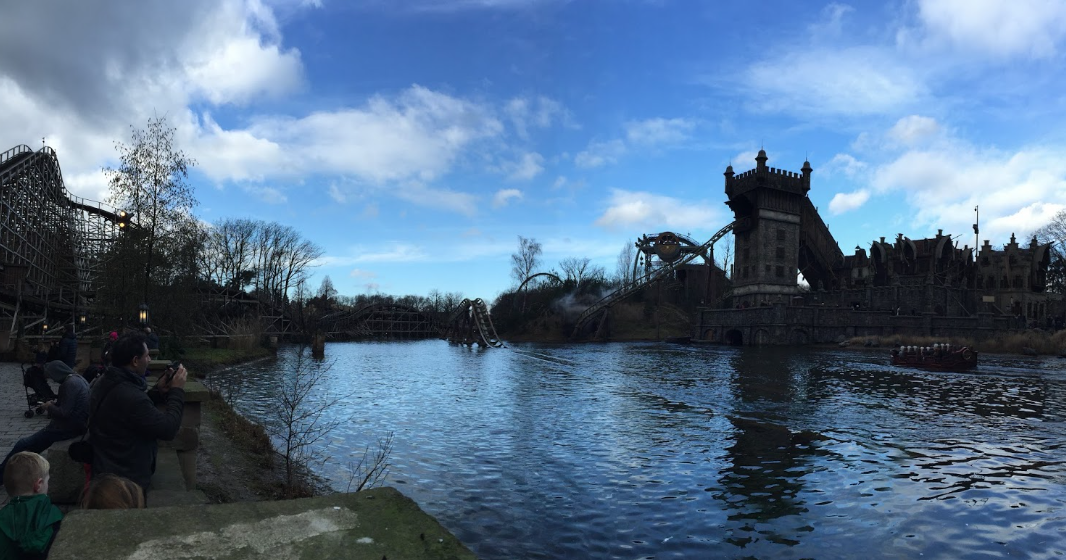 The ride with the most immersive theming, in my opinion, is De Vliegende Hollander, a Vekoma hybrid coaster that plunges the rider into the lake above. Other than the great storyline of discovering a haunted explorer ship, the roller coaster is an excellent choice for Efteling because the water coaster fuses very well with the whole storyline. Ship = water. You get that, hehehe…

Having a theming is another story. How about the creative aspects in Efteling? 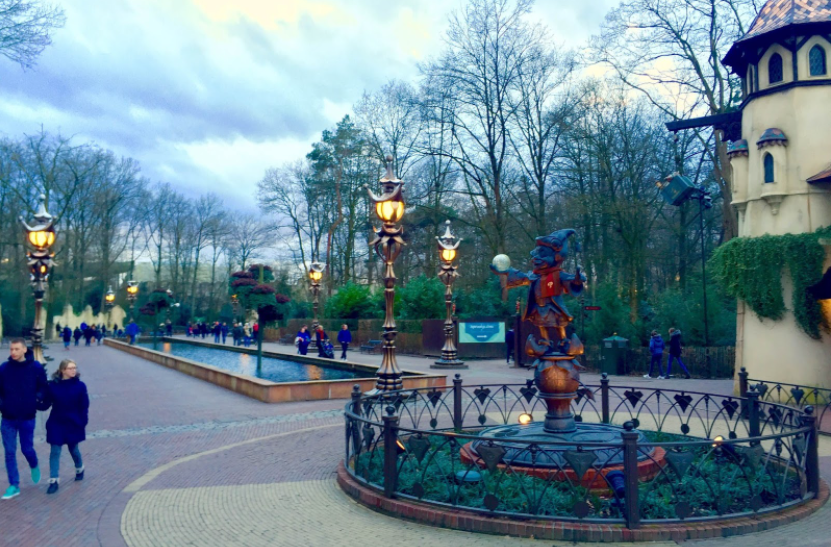 Having a soundtrack for each ride shows how much love and care Efteling has in developing its rides and theme park in general. We are no longer visiting merely a theme park with engineering frontier. This is a work of love. We can see and hear the dedication that the people put into building Efteling, and it clearly shows.

Let me be clear about one thing, though… Yes, Efteling has a lot of high-quality rides. No, they’re not the best in the world. Even the roller coasters do not make it to my “Top Coaster” list. 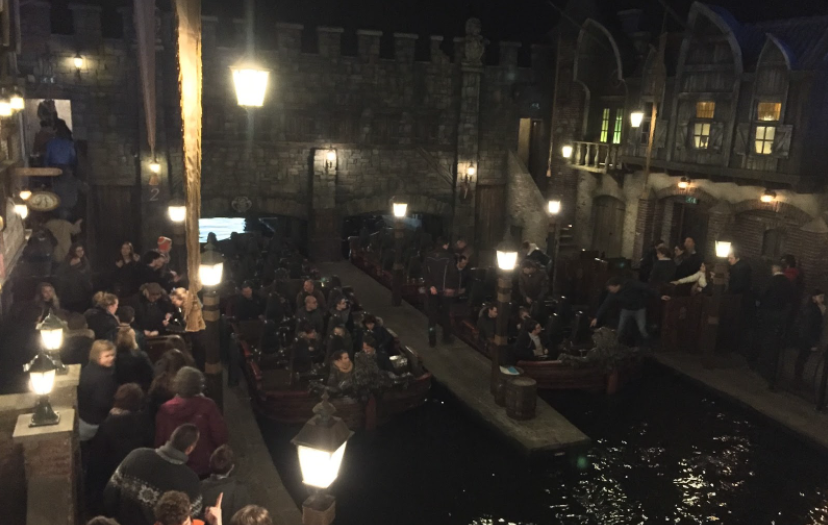 While all of the rides and roller coasters are fine, they tend to be more towards the short side, both in terms of length and duration. Take Joris en de Draak, for example. This dueling wooden coaster located across the pond from De Vliegende Holander is a perfect addition to the park’s thrill-seeker section. Nevertheless, it is one of the shorter wooden coasters I have ever been on, despite the thrilling and exhilirating race aspect of the ride. Baron 1898 is even shorter. That one is less than 2,000-foot long. 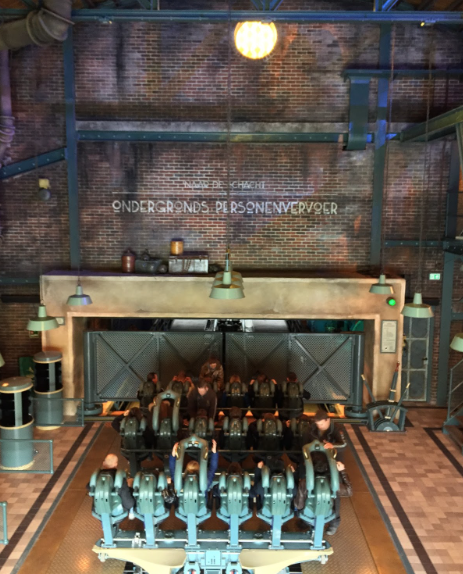 Efteling is a theme park that was created with love and care. To this day, they continue to pursue the vision that they had in the first place: to create a place where people can immerse themselves in the fantasy world. The work is so well done, no wonder this place is rumored to inspire Disneyland.

Efteling is a great theme park if you are looking for a theme park that is different, unique, and classic. Even better, this theme park is open year-round, so you can basically visit anytime!