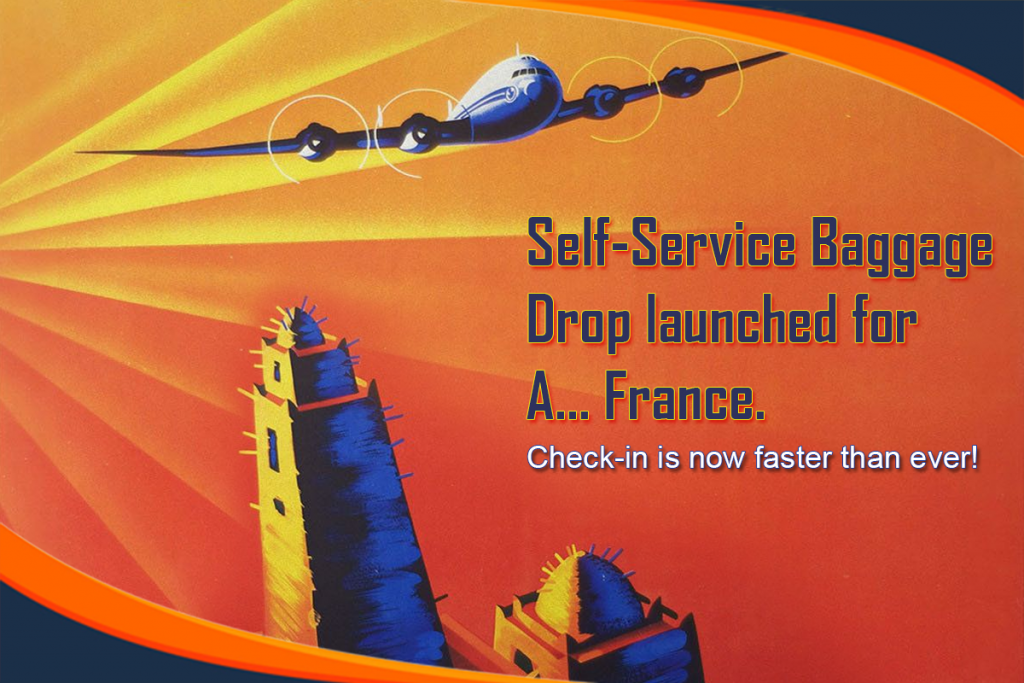 Air France is the flag carrier of France. The airline belongs to Air France-KLM Group and it is also a member of Skyteam Alliance. Air France has been founded already in 1933 and today it is a global player in the aviation market.

Traditional Carrier with a Good Brand

While being over 85 years old, Air France has a long history and keeps its name as a respected brand. The airline has still complimentary onboard service. However, throughout the years, the service quality has gradually gone down. The cheapest ticket classes do no anymore include check-in luggage and you need to pay extra for your preferred seat. Otherwise, the airline is following a traditional business model not being a low-cost airline.

The cheapest economy class ticket of Air France does not include any checked luggage. They can be bought for an additional charge.

The flight from Paris to Lisbon was flown with an Airbus A318. This type is the shortest version of the Airbus A320 family. Only 80 aircraft of this model have been built so it was a rare moment to step into this exciting aircraft model.

The aircraft was old but in a good condition. The boarding happened fast via a gate and the flight departed on time. It also arrived in Lisbon according to its schedule.

How to Find an Inexpensive Flight?

Follow our simple checklist to find a good deal:

Friendliness of the Cabin Crew

The boarding process in CDG was arranged efficiently and the ground staff were friendly. The cabin crew were also helpful and friendly for the whole duration of the flight. Pilots gave an informative speech during the cruise period. Unfortunately, the sound quality of the announcement system was poor. 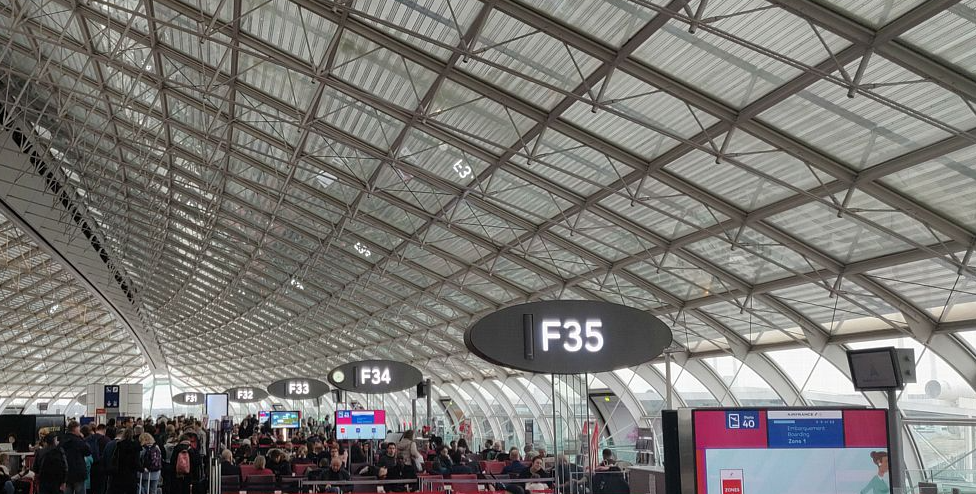 As a nice extra, the flight attendants were distributing hand sanitising towels while passengers were boarding.

There are not many airlines in the world operating Airbus A318 aircraft so we were lucky to board one. The aircraft was old but still in good condition. The cabin was clean and the seats were slim. That gave an impression of more space than the plane had.

Three first rows were reserved for the business class passengers and the rest of the cabin was for the economy class. Because the cabin was full, the overhead bins were all fully occupied. Luckily, we found a few free slots for our carry-on luggage. As a funny detail, one of us had a pillow on the seat while other passengers didn’t.

The Airbus A318 is so small that it has only one toilet in the economy class. The toilet was shaky and vibrating while the flight otherwise was smooth. There were no long queues.

Air France has still complimentary onboard service even on short-haul routes. On our flight, the crew served coke, sprite, water, beer, wine, and surprisingly tasty coffee and tea. In addition, a muffin was given. 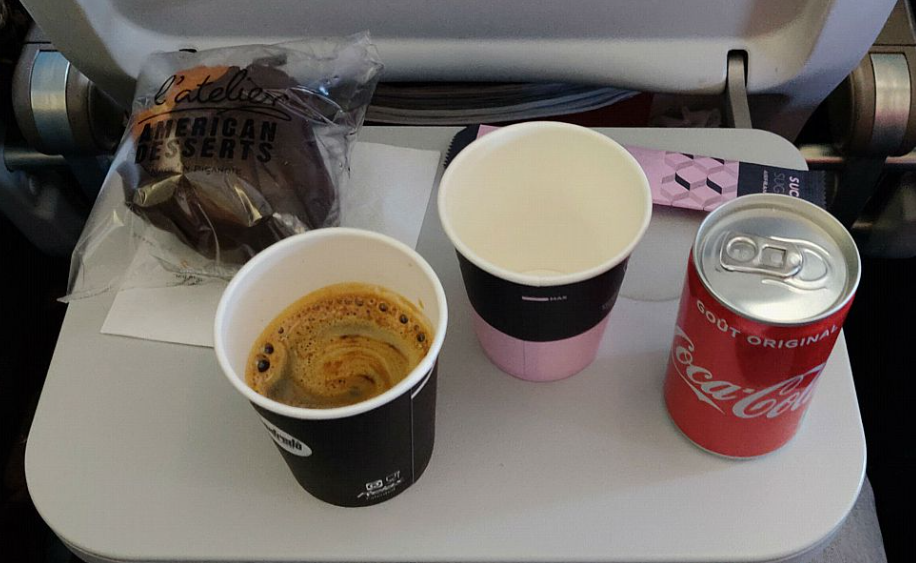 The aircraft had also WiFi which was a surprise for us. The WiFi was free to use for instant messaging. For example, WhatsApp and Facebook Messenger worked well. Better quality WiFi for web browsing would have cost 10 euros and WiFi for streaming 20 euros for the duration of the flight.

There were no information screens. The only entertainment was a thick onboard magazine. USB charging sockets are useful for all kinds of travellers. 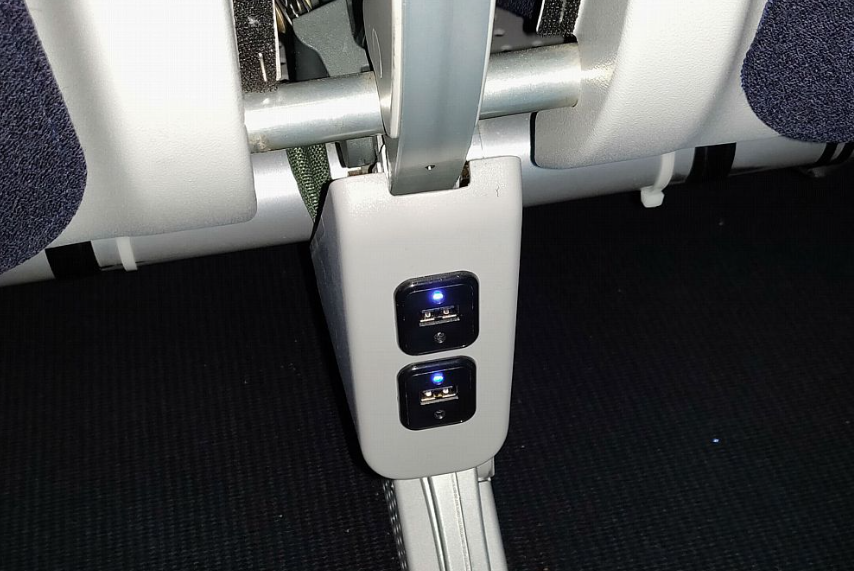 Air France is not a cheap airline. French cabin crew and pilots are paid well and they are also prone to have strikes now and then to get better working conditions and salaries. Like all other airlines, Air France has often good sales campaigns.

Our flight from Helsinki to Lisbon via Paris cost about 85 euros. That was an affordable deal from a traditional airline.

Air France has good quality service but tickets are often pricey. The price-to-quality ratio may become great if you find a great deal. Otherwise, the airline tends to be expensive.

On our trip to Lisbon, we had two Air France flights but the first one was operated by Finnair. Finnair had also good service, but Air France did it even better. Air France still has complimentary onboard service and also a free instant messaging WiFi.

We do not fly often with Air France since they do not have their route to Helsinki. They have outsourced Helsinki to Paris route to their partner, Finnair.

If Air France had better-scheduled connections from Helsinki and the price was good, we would fly more often with them. The airline gives value for your money.

Have you flown with Air France? Comment below about your experiences!

Korean Air vs Asiana – What Airline Is Better?